Below are some of the topics that have moved me through thus far in 2010.  Some of the initial exposures were long before the new year began, but these are the things that I have worked on and tried to improve upon specifically.

Before January, if you had asked me about training little kids, I would have said I am pretty good at playing with little kids (those than know will confirm that I often act closer to 3 than 30 in the presence of little kids).  But I also would have been a prime example of what Coach Boyle calls out in considering little kids miniature versions of adults.  I always felt I take what I do so seriously and attentive to details that I would not be able to just let go whatever little kids do in terms of attention span and form.  So when @ CentraState, we always turned away kids for non-medical training under the age of 12.

The framework, the science, and the template that we got from TPI Juniors gave us the clear direction of how to well serve these young athletes and clients and be part of the solution rather than the problem as I think most are.

While I took DNS Level A back in November of ’09, using these new principles and tools have pervaded both training and rehab ever since.  I won’t so much rehash the specifics that moved me about this system, but rather what has become the ultimate take-home. What has definitely become a staple and often times magical intervention is breathing @ end range.

This thought process is as if once mobility is achieved, the breathing @ end range of any movement is accessing the “inner core” of of the movement pattern, if you will.  It should like, sound, and feel a lot like yoga. This approach is as if you are relayering the foundation of the house with a stiffer set of bricks.  Putting great movement and fitness on top of this foundation allows for almost spontaneously greater strength and speed, but most importantly durability and recovery. DNS has a lot of wild stuff like developmental kinesiology and reflexive stimulation, but the effects of breathing are multiply and far reaching to many levels.

My biggest struggle in progressing with DNS is that I have no mentor to watch or work with on a regular basis.  I hope to be recharged as I take B and C this fall.

It has been some years since I first read Anatomy Trains, but in reading it, I was reading more for the principles of the Meridians and full-body connections than the actual science of fascia. But since reading more and more critically of Myers, Schleip, and Luigi Stecco over the last few months, my exposure to the histology of fascia, muscle, and tendons has really led to me to some critical thinking.

When you consider the neurological and actual connections of fascia vs. muscle to bone, many formerly accepted  strategies may be in question, such as passive stretching, the indications of manual therapy, and focus of mobility training.

Does movement drive the neurology through fascia?
Do you need facial integrity before joint integrity?
Joint before fascia?
Are they the same?
How do we really get length intra-muscularly?
Do we need any more evidence to not train in isolation?
How much better can already great performance be after a bodywork evaluation? 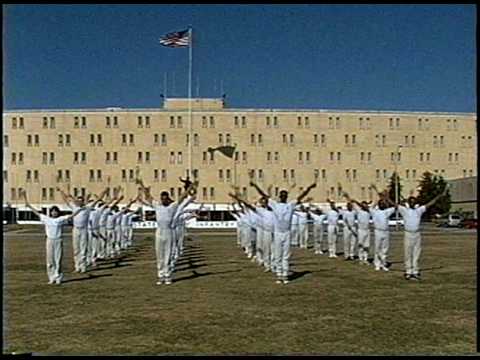 My first professional exposure to Indian Clubs was back in October or November as I sat in on a 3-day Mike Mahler/Steve Cotter seminar @ Peter Rouse’s facility in Santa Monica, CA.  Part of what I saw and participated in was a good part of the Indian Club portion.

Probably some years before, @ a Perform Better seminar, Gray began his segment by picking up a pair of Clubs and wheeled them around saying “This is Shoulder Mobilty.”  This was well before the recent renaissance of Indian Clubs and Clubbells.  I have that vision very clearly in my head, and I felt that was really delivering solid shoulder work.

So since the new year, I have followed many of the moves I learned out in California, and I am up to the 1st 4 techniques in Gray and Brett’s video. The brilliance of circular patterns and crossing midline are very neurologically fruitful, and the integrity of “making it look right” has both helped my painful and dysfunctional shoulder struggles.   Is is on a list of very few things that can actually work on gleno-humeral mobility by yourself. Maybe one day when I grow up, I will understand what it is that is behind Z-Health.  What I do know is that after I work with Steve Pucciarelli, I get better and stay better.  I definitely have regressions, but I have never regressed to the point where I was resigned to having shoulder surgery.  Certainly I have incorporated a lot of other good things for my shoulders such as Indian Clubs, Armbars, and not benching heavy/squatting with a straight bar in the same week.

Truth be told, I do understand that the vestibular system is the big access into the neuromuscular system in the Z- system, but as I work with another professional, I enjoy just going along for the ride not worrying about what this and that are intended to be working.  I don’t ask Steve what it is that he’s looking for when I wave my arms in front of me with my eyes closed and looking right.  But he seems to know exactly what to look for. In the classes that Steve runs @ Fit For Life here in NJ, when I’m through, it feels like yoga the right way.  The movements are based on your own mobility with respect to the Joint by Joint, not trying to hit a move that is supposed to be the same for everybody.

I see a lot of good things, and there is less myth and confusion about Z-Health as there was when I first was exposed.  I think unfortunately many Z-Health practitioners are very secretive in discussing the methods and also minimally exposed to other methods.

If I had to describe my skill set, I’d say my bread and butter is the frame and tires of the car (rehab and corrective exercise).  I’m pretty good at the engine (strength and conditioning).  And I can hold a conversation on fuel for the car (nutrition). I’d like to think I know a lot more about contemporary nutrition, and I’m much more confident in giving some blanket advice.

Interesting that it really doesn’t seem all that complicated………..eat organic, eat unlimited vegetables, no gluten, no dairy.  The program that I did with Thomas Phillips’ Ultimate Transformation Challenge had a lot more structure to it with Phase 1 just getting acclimated to eating the right foods.  Phase 2 took away some carbs.  Phase 3 was Carb Cycling with days of HIIT, and Phase 4 was old school low calorie, protein only.  Even Phase 4 though didn’t have a lot of deprivation because you could still eat as much vegetables as you want.

And in the end, I’ve lost about 35-40 pounds depending on start and finish dates. Very similar to training young kids, this is a skill that I formerly shied away from, and to a degree still do in terms of referring out for the program, but one that I have really developed skills in during this year.

What’s on your con-ed docket for the end of this year?

Hows it going? I miss being on the strength coach forums and hearing from you more often. I’m curious about Indian Clubs. From your blog post I know you know a lot about hyper mobility syndromes, and was wondering if you think these are good for someone who is ok with ROM but not necessarily stable all the way through? Looking for more stability than mobility.

Charlie,
Good stuff and good list. I, too, have improved my shoulder issues and not sure if it’s the clubbell work or actually overhead kettlebell work which seems contradictory. I am a throwing athlete (baseball) as well as a squash athlete so it’s always been an interest of mine as well as for my athletes that do the same.
Bruce Kelly

One thing you forgot to mention: how to edit video. :~)

Simon – Yes, I think they would excellent choices for shoulder mobility or stability.

What a great year you had Charlie. It’s going to be hard to top that in 2011, but Im sure you will. Also, congratulations on the weight loss and keep the posts coming!

Thanks for the list of stuff and brief insights.

I am not sure that the vestibular system is the key to the nervous system. It can be important when there is an issue, but out of the hundreds of Z Health sessions I have done on a wide range of athletes, vestibular work ONLY has made very little change in about 2 of them.

As for how it works, I am sure you know his already, but it is as simple as tilting or rotating the head fast to involve the semi-circular canals in the inner ear and watching for a motor output response.

I think in the future we will find that the vestibular, vision and eye movements along with some proprioception are so intertwined it is very hard to pull out just one aspect. I would be curious to your and Steve’s input on this

Yep, for physique transformation, Thomas is the man. Excellent work on your part since you did the work. Awesome.